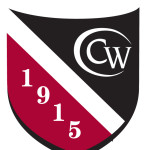 (The article below was published in the Westchester Business Journal on April 20, 2015. Byline is mine) Even in 2015, there is still a debate about exactly where higher education’s history began. Regardless of whether it was in France, England, or Italy, historians agree that it began around the 13th century. The methods to teach [...] 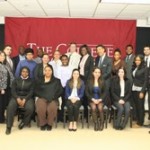 The article below was published on The College of Westchester’s blog on March 3, 2015. Byline is mine) Adding new members and multiplying contacts is a very important mission for The National Association of Black Accountants (NABA.) In an effort to achieve those goals, representatives of NABA and current members of the organization from CW, [...] 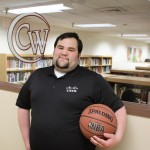 (The article below was published on The College of Westchester’s blog on March 18, 2015. Byline is mine) “One of the best professional experiences ever,” that’s how David Ortiz describes his participation at the NBA-Cisco Dream Team at the NBA All-Star Game in New York City. Along with 29 students from different colleges and universities [...] 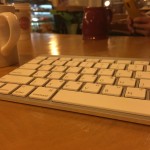 (Published in The College of Westchester’s News Letter, October 2013) There is one question people ask me all the time: What do you think will happen to Social Media in the future. My answer is very simple and honest: I don’t know. What I do know is that it will keep growing, expanding and evolving. [...]

Next time you walk through the doors of your favorite store, every move you make and every product you see and touch could be tracked by that store. All they need is your mobile connected to Wi-Fi while you are at the store. Is it an invasion of privacy or not at all since you [...] 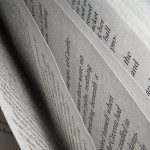 A lot of people constantly ask me for better practices when distributing content via social media. They want to pitch their products but they don’t want to sound like their selling and harassing you to buy. When you do it the right way is called “Content Marketing.” Basically, content marketing is the art of communicating [...]

The Producers Guild of America (PGA) announced both the motion picture and long-form television nominations for the 24th Annual Producers Guild Awards this afternoon. The expected likes of “Argo,” “Zero Dark Thirty,” “Lincoln” and “Les Miserables” all made the list, which was generally predictable overall. Source: indiewire.com

Starbucks is using its coffee cups to jump into the political fray in Washington. The world’s biggest coffee chain is asking employees at cafes in the Washington, D.C., area to scribble the words “Come Together” on cups for drink orders on Thursday and Friday. CEO Howard Schultz says the words are intended as a message [...]

After watching the deranged, delusional National Rifle Association press conference on Friday, it was clear that the Mayan prophecy had come true. Except the only world that was ending was the NRA’s. Their bullying power to set gun policy in this country is over. The nation is repulsed by the massacre in Connecticut, and the [...]

The shooting rampage in a Connecticut elementary school last week triggered a conversation different from those that followed other recent U.S. gun tragedies. In addition to an outpouring of emotion, social media and the opinion pages of newspapers were used immediately to tackle the polarizing issue of the nation’s gun laws, according to a special [...]