The Producers Guild of America (PGA) announced both the motion picture and long-form television nominations for the 24th Annual Producers Guild Awards this afternoon. The expected likes of “Argo,” “Zero Dark Thirty,” “Lincoln” and “Les Miserables” all made the list, which was generally predictable overall. Source: indiewire.com

* The New York Premiere of the short film, “American Standard” occurs on July 22nd at 7:30 PM at Maysles Cinema. The short film follows a troubled veteran returning home from Afghanistan to his awaiting undocumented, immigrant girlfriend. After serving his country, he has formed the idea that she might be using him to gain [...]

Thanks to Orlando E. Pascal for putting this together: * Writer/Producer Marisol Carrere receives the Golden Palm Award in San Diego on Saturday, June 2nd for her short, “I Am Julia.” Congratulations to Marisol and the team behind this project. http://www.facebook.com/iamjuliamovie * One Way Or Another Productions LLC. presents their short-film, “Delivery.” It will be [...]

* Being Latino, one of the fastest growing and most engaging, social media destinations for bi-lingual/bi-cultural Latinos in the U.S. would like to share a link for their hilarious take on the most annoying things people do on Facebook: ” Poetry in Motion: Nuyorican (Via Advocate of Wordz).” http://www.youtube.com/user/BeingLatino/videos Their YouTube venture, “Sh*t Latinos Don’t [...] 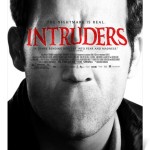 * The 2012 Tribeca Film Festival has announced its lineup of 60 short films. TFF’s shorts programs chart a wide range of cultural perspectives and geographic coordinates. If you are planning on attending, please support ‘Voice Over’ directed by Martín Rosete. He would love to see you all during the screenings and get your valuable [...]