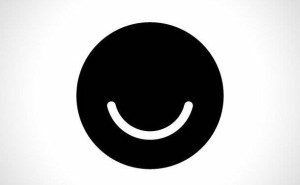 (Published in The College of Westchester’s Newsletter, November 2014)
A few weeks ago, I read about Ello, a new social media platform. Yes, one more.

As I said on previous occasions, Social Media is here to say, so let’s not fight it, but embrace it. You don’t have to be in every social media platform, but it’s important to know at least the very basic of the most popular ones. When I say it’s important to know, it’s because our students are there, they use it; they consume information via social media. As Faculty and Staff we shouldn’t come to a blank when students say “I saw the video on Snapchat” or “If somebody is on Ello, please send me an invitation.” Today, I will briefly talk about Ello.

Ello is a new social networking site, now in beta, which apparently sees the growing discontent with Facebook as a marketing opportunity. In its manifesto, Ello promises not to sell user data to advertisers or allow advertisements. In addition, pseudonyms are allowed.

It’s not been easy to get on Ello, as it’s been inundated with tens of thousands of requests each hour. Those interested in joining may request an invite on the site, but those invitations are slow in coming. With tens of thousands on the waiting list and Ello only inviting small amount of users at a time, an invitation may take weeks or months. The quickest way to gain access to the site is to procure an invitation from a new user, but users can only invite five friends.

Since Ello is still in beta, features are still being built and rolled out. Right now, Ello is fairly minimalist. You can comment on posts, see how many views each post received, and get email notifications and in-stream notifications. Features coming soon include ways to block users, flag inappropriate content, integrate audio and video, create private accounts, and message privately.

Ello does collect some user data anonymously, including location, language, time spent on the site, and the referring website. This shows what people in general do on Ello, but does not trace the behavior back to individuals. Users who are still uncomfortable with sharing anonymous information can turn off analytics completely, or use DNT (do not track) settings on web browsers.

« Who Is a Social Media Influencer?